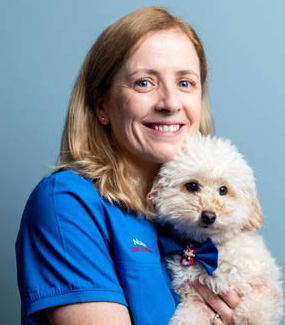 Nuala joined the practice in 2008, having graduated from UCD in 2002. After qualifying she worked in Ireland and the UK before moving closer to home in 2008. Since childhood Nuala has had a wide variety of pets- from mice and gerbils to guinea pigs and dogs! She is the proud owner of a toy poodle called Pete, who is neurotic, but gets away with it due to his cute little face!